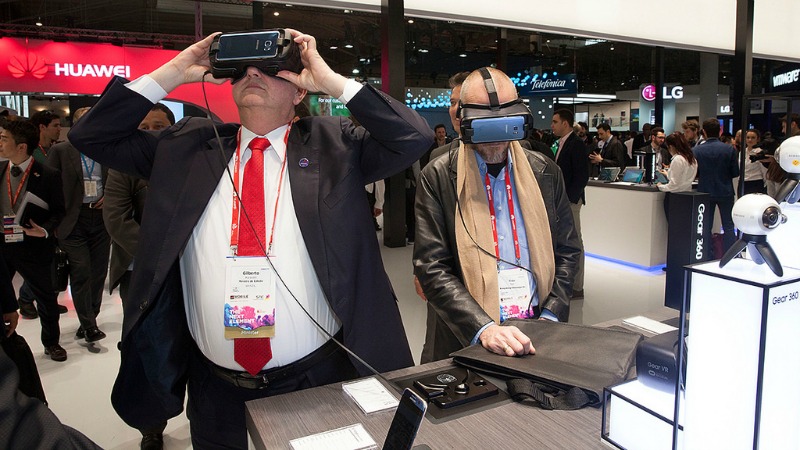 In Barcelona, cutting-edge technologies struggle to demonstrate their potential

As the Mobile World Congress continued, the "father" of Li-Fi said his LED-based wireless connection technology deserves EU support, while Blockchain developers defended the positive impact of the public ledger on society at large.
Special ReportNews

The European Commission this week will urge EU member states and the private sector to get more involved in the development of the next generation of broadband networks enabling the digital revolution, as the World Mobile Congress opens in Barcelona.
News

The Slovak Presidency, which made bringing “deliverables” to EU citizens one of its priorities, reached an informal agreement with the European Parliament on the coordinated use of a key frequency band that will allow the introduction of 5G as of 2020.
News

In a bid to save face after a wave of outrage following a botched first attempt earlier this month, the European Commission proposed a new bill today (22 September) to get rid of mobile roaming charges by next year.
News

A set of EU telecoms laws will be remodelled when the European Commission proposes an overhaul today (14 September) of how the sector is governed.
Policy Brief

The European Commission proposed changes to laws governing telecoms service in September 2016 that will affect how people use the internet and phones around the EU. There’s a lot at stake for consumers, former state-owned monopolies and emerging service providers: the...
News

Telecoms operators will face new rules on competition with rivals

Telecoms companies will face new rules on how they can access internet networks under a change to EU law that could stoke tensions between large, former monopolies and smaller operators.
News

The European Commission is setting itself up for a fight with national governments by forcing them to pay for guaranteed internet access across the EU and comply with new rules on radio spectrum sales, according to an internal document obtained by EURACTIV.com.
News

The European Commission wants internet download speeds to reach 100 megabits per second by 2025 and calls for more public funds to build faster networks, according to a leaked document obtained by EURACTIV.com.
News

Telecoms operators and car manufacturers have asked the European Commission to put money into a major, four-year project running driverless cars between EU member states, in the first test of the new technology between more than one country.
News

The Council endorsed on Thursday (26 June) the European Commission’s proposal to liberate the 700 MHz frequency by 30 June 2020, in time for the irruption of the next generation of wireless broadband (5G).
News

The European Commission will reshuffle its digital policy department DG Connect this summer, according to a leaked plan obtained by EURACTIV.com.
News

The European Commission's digital single market strategy turns one year old today. With seven months left in the 16-point policy plan, the executive has only scratched the surface.
News

Think tankers: Skype and telcos should be regulated in the same way

The EU should have just two sets of rules for telecoms: one for infrastructure, and one for services, argue Alexandre de Streel and Bruno Liebhaberg. When similar services are on offer, the same rules should apply regardless of the technology, they contend.
Special ReportInterview

Ansip: ‘I am strongly against any backdoor to encrypted systems’

This week, EURACTIV reports from Barcelona’s World Mobile Congress on the latest developments on 5G and broadband.
Special ReportNews

Europe hopes to make 5G networks a reality by 2018

The European Commission will unveil its strategy to develop the next generation of mobile broadband network (5G) on Monday (22 February), EURACTIV has learned.
News

Commission shakes up radio spectrum to lead on mobile internet

National governments must announce their plans to move TV broadcasters below the 700 MHz band by 2017, which will be assigned exclusively to wireless broadband by 2020.
Interview

Kaja Kallas: Digital Single Market ‘is all about time’

The European Parliament will adopt its position on the Digital Single Market (DSM) strategy today (19 January). In an interview with EURACTIV, rapporteur Kaja Kallas warned that it would be a “mess” if the European Commission does not come up with its proposals in a timely manner.
News

In February, the European Commission will present a controversial proposal to harmonise the use of radio spectrum in the EU, including the prized 700 MHz band, amid growing disparities among member states, EURACTIV has learned.
Interview

The European Commission has called radio spectrum used by telecoms and mobile internet services “the basis for a digitally enabled society”. Ahead of a crucial conference to take place in Geneva (2-27 November), Pascal Lamy explains why the executive should stand up for its powers in the field.
News

The EU signed an agreement with China this morning (28 September) for joint research to develop 5G mobile networks expected to be available for use in Europe by 2020.
News

Eyeing the growing influence of online platforms, and the risk they'll abuse their dominant positions, the European Commission is considering whether new measures are needed to limit firms that could include Google and Facebook, or Apple's app store.
Read more »»
RSS - Radio spectrum