Members of the European Parliament made a number of big promises ahead of the last election, it is time they were held accountable for the pledges they made, write Allan Päll and Petros Fassoulas.

Three of the top five candidates for the French presidency have said they will boost development spending to meet the international target of 0.7% of gross national income (GNI). But not all agree on what this spending should cover. EURACTIV France reports.
News

Krystyna Pawlowicz, a Polish MP from the ruling Eurosceptic PiS party, has written a letter to the Jean-Claude Juncker, accusing him of “alcohol dependency”. She also called “distasteful” the fact that Juncker apparently took a nap in the Vatican over the celebration of the EU’s 60’th anniversary.
News

Macron is clear favourite in Brussels

Emmanuel Macron’s vision for the future of the European Union has made him a popular man in Brussels. Business and think tank leaders told EURACTIV.com why they support the up-start pro-EU politician..
News

Schulz distances himself from German government

Angela Merkel's main rival in Germany's upcoming elections, Martin Schulz, is shying away from contact with the current government in order to fulfil his promise of a fresh start for the Bundesrepublik. EURACTIV’s partner Der Tagesspiegel.
News

Hungary insists on bill that could shut down Soros university

Hungary said it will not withdraw new legislation to regulate foreign universities that a Budapest school founded by American philanthropist George Soros says could force it out of the country.
Opinion

Ahead of France's presidential election, Ukraine's experience shows that opinion polls may be skewed by underlying hatred of the ruling classes and institutions. Vadym Omelchenko warns that ultra-conservatism stands to gain in the end.
News

The Republican chairman of the US Senate Intelligence Committee yesterday (29 March) promised a thorough investigation into any direct links between Russia and Republican President Donald Trump during his 2016 run for the White House.
News

US senator warns of Russian interference in French election

The head of the powerful Senate Intelligence Committee warned yesterday (29 March) that Russia is interfering in the French election just as it did in the US presidential campaign last year.
News 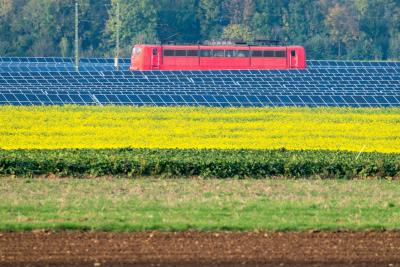 With one in five under-25-year-olds unemployed in the eurozone, young people risk being excluded from political and economic life. What can the EU do about this? EURACTIV France spoke to two MEPs about new ways to engage young people.
News

The mobilisation of National Front voters and widespread apathy among the rest of France’s electorate may combine to hand Marine Le Pen a historic victory in the second round of the presidential election in May, an analyst told EURACTIV France.
News

German Chancellor Angela Merkel Monday (27 March) welcomed a surprise state poll triumph by her party as "encouraging" for a September general election, as hype around her main rival fizzled in its first test.
News

Hungary ‘ready to detain all migrants’

Hungary said yesterday (27 March) it was ready to begin detaining asylum-seekers in camps on its southern border with Serbia after passing a law this month that has drawn criticism from rights groups and the UN.
News

Le Pen says the EU ‘will die’, globalists to be defeated

The European Union will disappear, French presidential candidate Marine Le Pen told a rally on Sunday (26 March), promising to shield France from globalisation as she sought to fire up her supporters in the final four weeks before voting gets underway.
News

Economic Affairs Commissioner Pierre Moscovici has received expensive suits as gifts. Their unit price is estimated at €15,000, the French weekly Le Canard Enchaîné has revealed. But the Commission sees no wrongdoing.
Opinion

A very happy birthday to the European Union

There will be a sombre atmosphere when EU leaders gather in Rome later today (24 March). Just a few days after the summit, the UK will trigger Article 50. But now the bloc is tasked with rekindling public support for integration, so let’s toast its future, writes Fraser Cameron.
News

The anti-establishment Five Star Movement, Italy's most popular political party, said yesterday (23 March) a referendum on the euro was not its top priority and that it hoped Europe would reform before a ballot could be arranged.
News