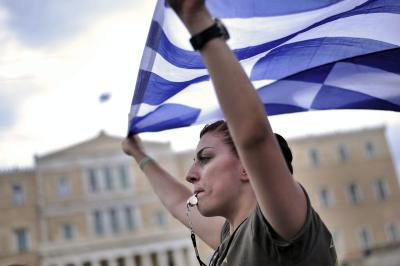 Examples of behavior that contributes to creating a positive environment include: Using welcoming and inclusive language Being respectful of differing viewpoints and experiences Gracefully accepting constructive criticism Focusing on what is best for the community
News

European electromobility is beginning to take off. The targets set by the Paris climate deal depend on it. The EU’s Nordic neighbour, Norway, is showing the rest of Europe the way forward. EURACTIV’s partner The Guardian reports.
News

Barcelona will ban cars that are older than 20 years from the roads during the week to cut traffic emissions by 30% over 15 years. EURACTIV’s partner The Guardian reports.
News

European Union member states are likely to oppose the regulation of shipping in draft reforms to the bloc’s carbon market.
News

The European Commission threatened legal action against France, Germany, Italy, Spain and the UK after they failed to protect their citizens’ health against dangerous levels of air pollution.
News

European cargo companies have backed plans to regulate shipping under the EU’s Emissions Trading System (ETS), the world’s largest carbon market and one of the bloc’s flagship policies to fight climate change.
News

The European Court of Auditors (ECA) will investigate the fight against air pollution, which kills half a million European citizens every year, the court announced on Friday (10 February).

Poland’s government has finally promised action after air pollution provoked the ire of the general public. However, Marek Józefiak wonders if Warsaw will dare to take action that will affect their coal-centred vision of economy.
Opinion

A once-in-a-generation opportunity to fix Dieselgate

To restore consumer trust, the European Parliament must agree an overhaul of EU rules for approving and checking a vehicle’s performance. It is now or never, writes Monique Goyens.
News

European air quality laws are being flouted in more than 130 cities across 23 of the 28 EU member states, the European Commission said yesterday (6 February).
News

The soupy grey smog shrouding Polish cities this winter is one of the most visible symptoms of the EU member's addiction to coal, a deadly habit forcing many to stay indoors or don masks before venturing out.
News

The French environmental safety agency this week unveiled its packed 2017 agenda, including investigations into the health effects of pesticides and wind turbines, the effectiveness of anti-pollution masks and alternatives to neonicotinoids. Euractiv’s partner Journal de l’Environnement reports.
News

History was made in France a little over a year ago when national delegates from across the world agreed on a landmark climate deal. With the Paris Agreement now ratified, the host nation is introducing a plethora of fresh green legislation. EURACTIV's media partner edie.net reports.
Opinion

EU governments have been too weak on air pollution. Brussels must step in to ensure member states protect their citizens, writes Louise Duprez.
News

Volkswagen said the software allowing its diesel vehicles to evade emissions rules does not violate European law, as the carmaker aims to toughen its legal defenses in view of a possible rise in compensation claims in its home region.
News

Chancellor Angela Merkel on Wednesday (2 November) rejected a call from her environment minister to intervene in a dispute over how to curb CO2 emissions that has prompted her cabinet to delay approving a climate action plan.
News

Germany likes to see itself as a pioneer when dealing with environmental issues, but when it comes to implementing European standards, Berlin is hardly a poster child. EURACTIV’s partner Der Tagesspiegel reports.

UN will force shipping to clean up its act

New European cars with petrol engines will be allowed to overshoot a limit on toxic particulates emissions by 50% under a draft EU regulation backed by the UK and most other EU states. Our partner The Guardian reports.
Interview

The chronic neurodegenerative disease Alzheimer's could be caused by particulate matter produced by exhaust fumes, power plants and agriculture, according to a new study. EURACTIV Germany reports.
Opinion

Delivering the promise of air quality

Tackle air quality for the climate and public health