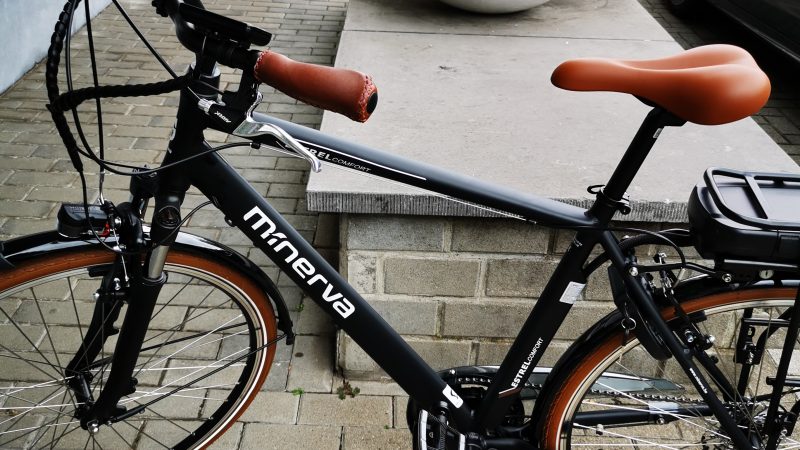 European Commission Vice-President Valdis Dombrovskis was wary of US Donald Trump’s attempts to alter the ongoing negotiations to strengthen the international financial system. In a wide-range interview with euractiv.com, he was positive about Greece’s fiscal adjustment and he called on Athens and the lenders to give a “final push” to overcome the stalemate of the bailout programme.

He spoke with euractiv.com’s Jorge Valero and Sarantis Michalopoulos.

During the winter forecast, the European Commission gave a positive verdict to the fiscal situation of Spain, despite the significant deviation. Is the adjustment process really on track?
The Commission’s opinion is that the budget for 2017 is broadly in compliance with the Stability and Growth Pact (SGP). When it comes to the nominal targets, what we see now is that they will be above what was projected before. In an excessive deficit procedure, if the fiscal targets are not met, the next thing we look at is whether the necessary structural effort has been made. This is our assessment in the case of Spain. We expect the country will correct its excessive deficit according to the deadline set by the Council [in 2018].

Are you concerned about the fact that the Spanish budget has not been approved by the Parliament yet?
We are currently working on the basis of the figures which have been provided so far. If there is any new development, of course we will need to take it into account into our projections and assessment. Of course we are aware of the political situation in Spain.

In regards to Greece, is it technically possible for the EU to support the bailout programme without the participation of the IMF?
We are working on the basis of the European Stability Mechanism Treaty. It says that the Commission is working with the European Central Bank and, whenever possible, in close cooperation with the IMF.

In addition, intensive negotiations are currently taking place to ensure that we can successfully conclude the second review of the bailout scheme and also the IMF’s participation in the programme.

Do you think that all the EU member states need to make it clear that they trust the Commission’s projections?
As European Commission we certainly stick to our figures. If you actually look at the actual results in terms of economic growth and fiscal performance, Greece has over-performed its targets. It was the case in 2015, in 2016, and we expect growth this year as well.

In 2016 Greece over-performed quite substantially regarding the primarily surplus target. We have every reason to expect that Greece is on track to meet this year’s primary surplus targets of 1,75% of GDP. In addition, it could bridge the gap toward a 2.5% surplus next year.

Do all the EU member states recognise these figures?
Discussions are currently ongoing. One of the elements is to bridge the gap between our forecast and IMF’s projections which are more pessimistic. We want to see how exactly to address this issue.

Eurogroup chief Jeroen Dijsselbloem recently said that, without the IMF participation in the bailout scheme, Greece would go bankrupt. Does the Commission share such a view?
As I said, the Commission is working within the ESM Treaty which foresees the IMF participation whenever possible. That is our basis. I will now paint any negative scenarios because, at the current stage, when you see Greece finally returning to growth and over-performing on its fiscal targets, it is important all sides give a final push, including the institutions, the IMF, the Greek government, the parliament itself, and the Eurogroup to come to a conclusion.

Are you optimistic about reaching a deal during the 20 February Eurogroup?
To be very clear with you, I would not put any dates on this. Given the circumstances, there is a need for a final push to reach an agreement without attaching specific dates. Substance is more important than deadlines.

Do you think that a ‘bad bank’ in the European banking system could be a valid solution to solve the issue of non-performing loans (NPLs), in particular in Italy? Is it time to create a European solution to a national problem?
NPLs are one of the concerns we have regarding the banking system. Overall, the system has substantially improved in terms of capital ratios and liquidity. But in several member states, including Italy, NPLs are an issue. We are working with those member states in the context of the European semester to facilitate the workout of those NPL. Currently we are assessing what kind of coordinated action could be done at European level. I expect these issues to be discussed during the informal Ecofin Council in April.

What is your opinion about setting up a European ‘bad bank’?
Right now we are putting the emphasis on coordination. We need to bear in mind that loans are issued in most cases under domestic laws. They are subject to domestic solvency laws and domestic court procedures. We cannot expect a sudden harmonisation of all the domestic legal frameworks. We see quite substantial differences in NPL workout possibilities in many member states. In some countries it is more straightforward. In others it is more complicated, as it takes more time, and eventually return rates are quite low. The question of benchmarking our insolvency frameworks, looking at what practices work and don’t, or working with member states to make their insolvency frameworks more efficient could also facilitate addressing the NPLs. In addition, it could help the assessment of creating a secondary market for NPLs. But once again, in this case laws governing those loans are mainly domestic ones.

Could this secondary market for NPLs represent an intermediary solution toward a fully-fledged?
I would not jump to the conclusions. We are assessing the situation and possible solutions. Probably our discussion in April would provide more guidance.

Are you more concerned about Italy or Greece?
I would not draw this kind of comparision because each country is facing its own challenges. Greece is a programme country. Debt exceeds 100% of GDP and so on and so forth. Italy is under the preventive arm of the pact. It is not a programme country but public debt is the second highest in EU, above 130%. We had an exchange of letters with the Ministry of Finance to ensure the compliance with the SGP this year. The Italian authorities committed to deliver another 0.2% of GDP of structural measures to ensure a broad compliance. We expect they will deliver by the end of April. The report on Italy’s compliance with the debt rule (article 126) will be also part of the winter package to be published next week.

You said that the international financial system does not need deregulation, echoing ECB President Mario Draghi’s comments in the European Parliament. Trump wants not only to deregulate but to put American interest first in international negotiations. Are you concerned about the negative consequences of his actions?
From the EU side, what we are emphasising is that there is a need for continued cooperation in international financial governance and supervision. We are willing to do so. When we see signals going on the opposite direction, it raises certain concerns. It is one of the lessons of the crisis: international finance needs international rules and standards. We are not supporting deregulation or scrapping post-crisis financial framework. We will need to see the results of the review of the Dodd-Frank Act announced, and the practical steps the new Administration intends to take.

What is clear is that Trump’s executive orders don’t add stability to the current framework. Does he represent a threat to the international financial system?
As I said, we have certain concerns. That is why we are sending the message of the need of continued international cooperation in this area. We need to see what these initiatives will mean in practical terms. EURACTIV is an independent European media platform specialising in the online publication of articles dealing with European news and European-centric topics. It is present across 12 EU capitals.

EURACTIV publishes its articles in 12 languages, providing news to a Community of EU Actors. EURACTIV also has content sharing agreements with other news platforms, such as The Guardian, Der Tagesspiegel, El País - Planeta Futuro, La Tribune and Wirtschaftswoche.

EURACTIV.com was founded in 1999 by Christophe Leclercq, following which EURACTIV.fr was launched to cater EU news to the French population. 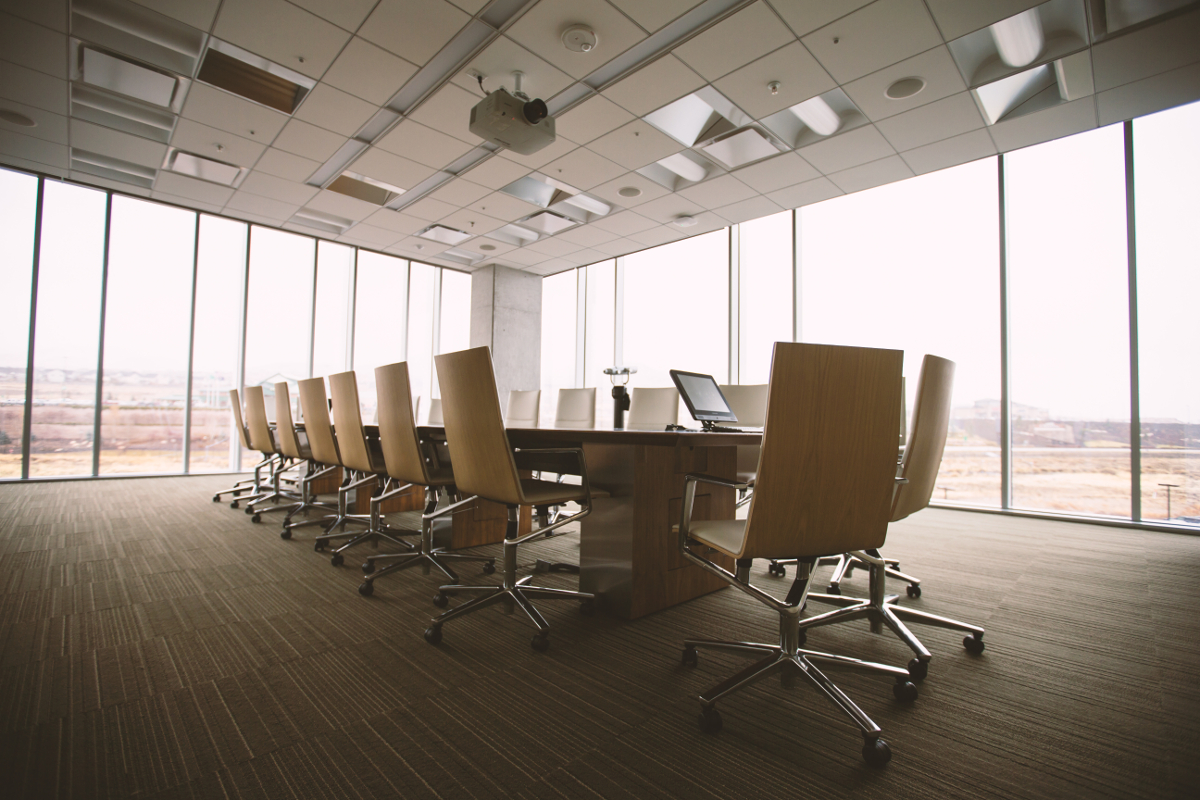